Welcome to our first issue of the Hallow Spotlight! Our goal is to shine the light on some of the cool stuff one of our Hallowers is doing around the world. In this post we focus on the Camino de Santiago de Compostela, or “The Way of St. James” which is a historic and spiritual pilgrimage in which peregrinos, or pilgrims, make their way to the Cathedral of St. James in Compostela where the remains of Jesus’ apostle James are believed to have been found. In its early history, the pilgrimage began by walking out your own front door, which is one reason multiple routes to the Cathedral exist today. Anyone who documents the most western 100km (by foot) or 200km (by bike) can collect the official credential proving completion of the journey, so many pilgrims choose to stick to the last week of the route or break the entire journey down into several smaller portions over the years.

We asked a recent pilgrim about her experience walking the Camino. See her reflection on the Camino below:

How long were you walking each day?

I was following one of the more popular routes, the Camino Frances, which begins in St. Jean Pied-de-Port, France and takes a little over a month to complete. I had a 31-day itinerary so I knew where I needed to stop each day and the distance ranged from 14km to 37km. Usually I’d leave by 6:30 and finish anywhere between 12:30pm-3pm depending on the distance and the length of my breaks.

How important was the religious pilgrimage aspect to you?

I first learned about the Camino in my high school theology class and made a mental note that I wanted to do it “someday”. The more I grew to love travel, hiking, and challenging myself to push beyond the comfort zone, the more the Camino came back into my mind as something I really needed to do. I decided early on that I was not going to make an extensive list of all the things I wanted to see along the way because I knew there were so many churches and such that it would be tempting and potentially stressful to try and check things off a list. I guess you could say that by not focusing on the churches and shrines too much I was not paying due attention to the religious aspect of it. However, I saw it as a chance to be more spontaneous and open to letting the experience unfold however God willed it unfold. Since I’m usually a big planner, this was actually a meaningful way to approach the pilgrimage in my eyes.

Was everyone who walked Catholic?

Not at all. This was something that surprised me a lot actually. I kept reading that “you don’t have to be Catholic to do the Camino”, but I figured Catholic pilgrims would still make up a majority of the people. Instead, I feel like it was special to meet someone who was walking with the intention of praying and going to mass along the way. I met such a wide variety of people who were Buddhist, Agnostic, Unitarian, other Christian denominations, etc… but I also got to meet some really cool Catholic people. It was kind of nice to have someone Catholic to go to mass with one day and then the next day be challenged by a non-Catholic to explain some aspect of the faith.

I certainly think it’s a powerful experience and a deeply spiritual one no matter your faith background or where you’re at in that faith. With so much time to think, opportunities to dig deep when it gets hard, or just the breathtaking views – you will take something meaningful from the experience of you’re open to it being moved.

What is one of the biggest takeaways from your Camino experience?

I couldn’t escape reflecting on the Camino as a metaphor for life. Ultimately I took away just a fresh and peaceful perspective on life. I think it comes from feeling like I lived through so many of the ups and downs of life in the span of 31 days, that I can walk away feeling like I’ve seen the big picture. Sometimes we’re so deep in what’s happening this week/month/year that it’s hard to step back. The Camino, however was the ultimate chance to do that, for me anyways. I also got a lot of practice “following the yellow arrows” which for me translated into “looking for God’s signs” in my life. I feel like I see Him everywhere now, but I admit I’m still working on how to interpret what he’s saying.

What was your favorite part of the experience?

It’s really hard to say. I mostly loved having time and space to breathe. To escape the weight of anxiety and have nothing to worry about except getting to that day’s destination. Some of the views were just spectacular and I’ve always loved hiking for that. Also, the 1€ wine and cheap food was amazing. Coming from DC where eating out is so expensive, I really enjoyed being able to treat myself and still only spend 30€ a day.

What was your least-favorite part?

I hated the blisters! But also, sleeping in the big albergues (hostels) was an adventure, but not necessarily the most comfortable. It was also unfortunate that no matter how much I tried to relax, I was always a little anxious about getting a bed each night. I think if I had the time to take each day as it comes and wasn’t following an itinerary then it would be different. I imagined that you could just walk into town and find a bed (which for the most part you could) but there was always a little worry that I’d be out of luck and I hated that feeling. Trusting God a little more is clearly something I could work on improving.

Thank you for sharing your experience with us, Erin! 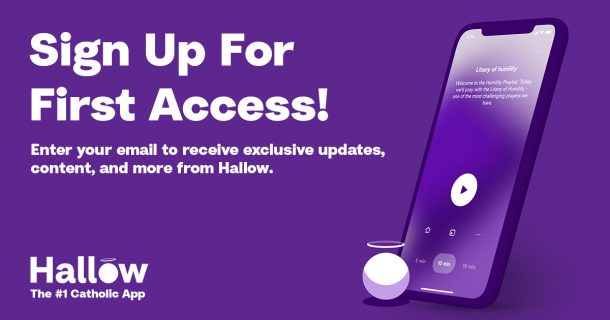