As I discussed in our e-book, 3 ways to renew your prayer life, my faith journey has been one of re-discovery. The first step for me in this re-discovery was mostly intellectual: the cracking open of the door to the possibility that this whole Christianity thing might not all be nonsense.

I do want to call out, though, that the step after this ‘cracking open of the door’ was to me what has been even more impactful: the exploration and discovery of my prayer life and of a personal relationship with God. I am still very much at the beginning of both of these journeys. The one thing I’ve learned so far is just how much more I still have to learn.

For the purposes of this post, though, I’ll take a stab at a very simple view of some of the arguments that helped me when I was first exploring the Christian faith.

One other caveat: I am in no way a trained theologian, philosopher or physicist. There are many who have written and articulated this more beautifully and precisely than I will here.

The first step in this journey is what I would call the dismantling. Throughout most of high school and college, I was an atheist. I was the kind of person who only believed in what we could prove with science. But a question kept coming up as I started to explore my newfound belief system: ‘If science is my new system of truth how can I be sure, unlike these religions I’ve abandoned, that science is true?’

My view at that point was essentially ‘science may never lead us 100% to the truth, but as we progress it gets us closer and closer – it narrows in on truth or the correct world view.’ But as I started to look at it in depth, this view started to fall apart. Take for instance the evolution of the concept of gravity. During Newton’s time, we thought gravity was some kind of force that moved and flowed around invisibly. Then Einstein said it was really more like we’re all sitting on a trampoline and as we get heavier we bend and warp the trampoline (i.e., space-time). Now in quantum mechanics, we apparently have something called a graviton, which is some kind of massless string? I just kept thinking about how radically different these three world views were. Could I really see any kind of linear evolution? The same is true when you look at almost any other major theory in science, e.g., particle physics, light, time.

Needless to say, I was a bit shaken in my ‘belief’ in science, so I started to dig deeper and take a class on the philosophy of science. One of the readings (by David Hume – a philosopher in the 18th century) started to address this issue head on. He essentially broke down reasoning into two types: deduction, which is what we think of as logic and math (e.g., the statement “if all walls are white, and this is a wall, then it must be white”) and induction which is the idea that because something happened the same way 100 times previously (and assuming all else equal) we believe it will continue to happen the same way tomorrow and the next day (e.g., gravity, science, evidence).

The problem with both of these is that we can’t prove logically that either one leads us to truth. The only way to prove one of them is by using itself or the other, which is a circular argument (i.e., you can’t prove deduction works with logic or that induction works by pointing to past evidence).

My first reaction to this argument was something like, “Well if I wake up every day and drop my pen to the floor, then every day I collect another data point that the pen will fall to the floor in the future, right? Each time I drop it, I get a little bit closer to knowing for certain that it will drop tomorrow.”

The issue is that the future is unknown, even potentially infinite. Just because I dropped the pen 100 times, or even if all of humanity for the history of the world dropped the pen millions of times, it doesn’t mean that it’s close to even half of all of the pen drops that will ever occur. David Hume’s argument in his work A Treatise of Human Nature can be summarized with the example of the black swan. For years and years the western world thought all swans were white. All they had ever seen were white swans, but then in 1697 the Dutch explorer Willem de Vlamingh discovered black swans in Australia and the white swan rule (formed by induction) was completely incorrect. As Hume writes, “No amount of observations of white swans can allow the inference that all swans are white, but the observation of a single black swan is sufficient to refute that conclusion.”  Bertrand Russell emphasizes the same point in his Problems of Philosophy as he writes:

But, I thought, we have pretty much seen the whole world by now, right? No way something will come up and surprise us or contradict our theories at this point. Except no scientist would ever agree with this – we haven’t even mapped or classified 1% of the observable universe.

The broader theme was that it was starting to seem like nothing, not even science, stood on as solid of ground as I had thought. And I began to realize that it was never meant to. The majority of scientists never claimed it did. They admire science simply for what it is: a simple set of steps (i.e., the scientific method) meant to rigorously study and theorize about a set of observed experiences. It was never meant to stand on its own as a philosophy of life. In fact, when I started to think about it, really every other form of knowledge fell under the same umbrella. Nothing really stood on its own solid ground. In fact, I began to think, what goes to show that anything exists at all? Couldn’t we just be in a dream or a computer simulation (kudos to Elon Musk)? Is there such thing as reality or truth?

And so it was torn down. Everything I thought I knew was dismantled. And that’s when I started to see an old word in a new light: faith.

I started to see that – regardless of whether I was atheist, agnostic, Buddhist or Christian – there were certain fundamental assumptions that you just had to take a bet on. There was no way to ever really ‘know’ them. Things like, “Is there an objective truth?”, “Is the world real?”, “Does our logic and induction lead us toward understanding?” cannot be proven.

And I started to think that maybe this was what these Christians meant by faith after all: making a bet on an interpretation of the world that you choose to live in.

I started thinking about which questions I would have to take a bet on. Questions of truth, reason, and free will. Questions of hope, beauty and values. And for some reason, one had always stuck out to me more than the rest: the question, “Is there such a thing as love, and does it matter?” The decision between two worlds: (a) one in which love is a series of chemical reactions in our brains that we have no control over or (b) one in which love is somehow something more.

And that’s when I stumbled upon the book Doing the Truth in Love by Michael J. Himes, and he pushed me to think through something pretty powerful. He pushed me to realize that the God that Christians believe in can most simply and least incorrectly be understood as choice (b). But instead of just saying that there is love, they say He is love. Not only is there something more to love than just chemicals, but it is apparently the most important thing there is or could ever be.

For the first time, I started to get excited. I started to see a glimpse of what the word ‘God’ could actually mean. I started to think about the bet I wanted to make. The bet on which world I wanted to believe in. The bet against the world of chemicals, determinism and machines, and instead for a world of Love.

At this point in time, I was still a million miles away from the God that Christians believed in. I had no idea what this whole thing about the Eucharist was, what baptism was supposed to do, or anything about what this whole three-person / trinity thing was supposed to mean. But it was starting to show some promise, and so I decided to again dig deeper. I realized that the next big question all hinged on this Jesus guy everyone kept talking about. And so that’s where I went to next. 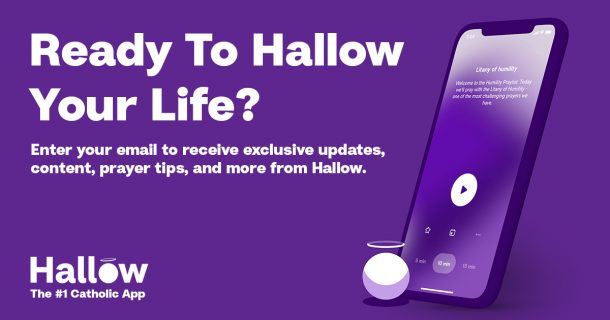