I can die happy now.

I finally saw the musical Hamilton– a hip-hop rap history lesson on the life of Alexander Hamilton, one the United States’ Founding Fathers.

It’s intriguing… by telling the story of any historical figure, we, the audience, already know the ending. Eventually, (spoiler alert!) …he/she dies! Alexander’s rival, Aaron Burr, puts it best: “Death doesn’t discriminate / Between the sinners and the saints / It takes and it takes and it takes…” Indeed, death is the one experience common to every human being.

From the very opening lines of the show, all the odds are stacked against our protagonist. His father left. His mother died. His new guardian commits suicide. With nothing to his name but poverty, death looms large.

To Alexander, life seems capped with a limit. Facing the uncertain mystery of certain death, he’s not willing to “wait for it.” “There’s a million things” he hasn’t done, so he works “non-stop,” fighting and writing like he’s “running out of time.”

After all is said and won, Alexander hopes his children will tell his story. So now, with a chance to make history, leave a legacy, and live on after death, he’s “not throwing away his shot.”

Grasping for immortality out of fear of death has been a perennial human tendency since the very beginning. In the Book of Genesis, immediately after Adam (as in, Adam and Eve) dies the first natural death, his descendants start taking whatever they can from life. They seize power, fame, and security and eventually make themselves into “heroes of old,” “men of great renown” (Gen. 6:4).

In response, God floods the entire earth (save for Noah’s Ark) because He knows humanity’s self-led pursuits will not lead to authentic happiness. Rather, only through acceptance of their ‘creatureliness’ – humility and receptivity to God – will they know true happiness. To ensure that this happiness last forever, Jesus rises from the dead and destroys death by his Resurrection. No longer is death a reason to fear. No longer is death a limit on life. Death becomes but a portal, a mere passage into eternal life.

When God’s people were suffering in Egypt, enslaved to work and burdened by death, He rewrote their story. God set them free and led them out where they could rest from work in order to worship, especially on a specific day that He hallows.

Sabbath rest is meant to be a consistent foretaste of the ultimate goal: Heaven, aka eternal rest.

The Israelites were allowed to work for six days but not on the seventh, or else they would die (cf. Ex. 31:13-16). If anyone were to neglect this sacred weekly rest, he would lose sight of what truly matters and thereby seek after lifeless things, things of lesser or no value.

Amidst the politics, battles, and noise, Alexander Hamilton finally “takes a break” when his wife Eliza announces the good news, namely, the coming of their son. She reminds him, “The fact that you’re alive is a miracle,” and she provides consolation: “We don’t need a legacy / We don’t need money.” Simply being together… “that would be enough.”

Nevertheless, Alexander blinds himself with busyness. He excuses himself from family time and chooses work instead. Overstressed and isolated from community, he looks to “be satisfied” elsewhere. (Spoiler Alert!) A prolonged affair brings death to his reputation and his marriage.

Alexander confronts mortality yet again as he watches his beloved son breathe his last. Here, death leads him properly, into stillness and silence.

Now, Alexander “takes the children to church on Sunday,” and he prays; he admits, “that never used to happen before.” He also returns and stands “by Eliza’s side.” Alexander enters into these Sunday moments to examine himself and own up to his failings. He takes a “look around,” and he remembers Love and consequently why he exists. All of this strengthens him to seek forgiveness.

Eliza, having garnered power by her own rest and fidelity, “takes his hand” and restores their brokenness into communion. For Alexander, this reconciliation is his equivalent of the Flood of Noah’s Ark – a clean slate, a new beginning.

Two scenes later, Eliza once more calls Alexander “back to sleep,” – to rest. Tragically, he distances himself again and goes off to work instead and ends up in a duel with Aaron Burr. The result? You guessed it.

After Alexander’s death, Eliza still doesn’t grasp for more than her portion in life. She continues on quietly, receptive and humble. In the final song, Eliza says, “The Lord, in his kindness / … He gives me more time.” She uses this time to care for orphaned children and to promote not her own story but her love’s.

From each Sunday lived well, peace and joy overflow into the rest of her week, and these days and weeks constitute a beautifully wholesome life. When the play ends and the curtain closes, Eliza, the only remaining Hamilton, is still alive. As far as the theatre world is concerned, she is the one who receives eternal life.

How can we hallow our Sundays, taking time to consider “who lives, who dies, who tells our story”? 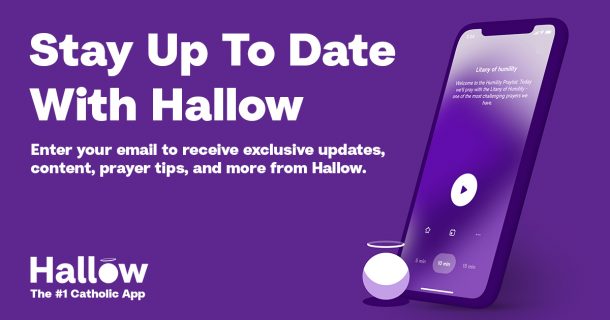